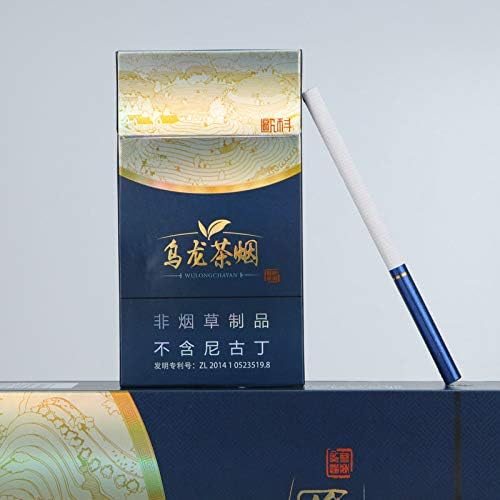 Tobacco amp; Nicotine Free Chinese tea, Herbal and healthy tea cigarettes. It can be used to smoke or directly brew.
The Tea Tobacco ingredient Tea Honey chrysanthemum. This product is made from natural ingredients of drinkable, edible flowers and herbs.
100% tobacco free, 100% nicotine free. It can be used as an alternative to cigarettes.
Nicotine 0%! A taste that does not make you feel uncomfortable even if you switch from tobacco. The smell is also modest. Supports stress-free smoking cessation!
No additives such as combustion accelerators or preservatives are added.
20 tea cigarettes/1 pack.

Precautions for use
1. Store out of high temperature and humidity and direct sunlight.
2. Do not use for minors and non-smokers.
3. Should you experience any physical discomfort or allergic reaction during ingestion, or should disagree with your constitution, discontinue use.
4. Please consult with your doctor before using this product for pregnant women.