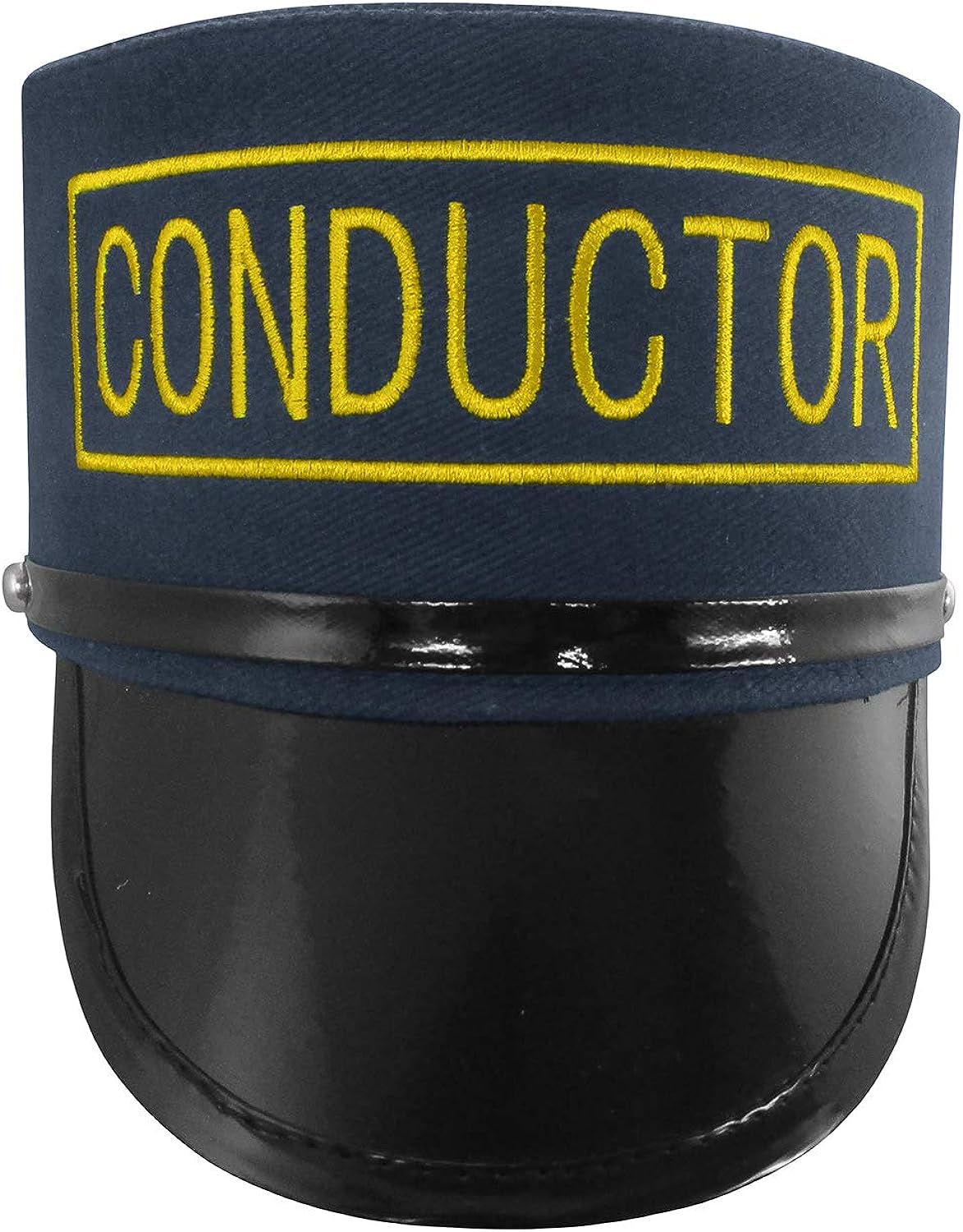 Mens Deluxe Navy Blue Conductor Hat with Yellow stitching stating "Conductor" These train conductor hats are a perfect costume accessory for the train lover! The hat is made of unstructured cotton and is sturdy, and stylish. Hat is sized approximately 58 cm. The perfect gift for any train enthusiast. This hat is great for a railroad train conductor, Gendarme, French Police, or casual use. Perfect for Halloween, Cosplay, Theater and more! All aboard! For Ages 14 and Older